Echo began in 2005 with one objective—to simplify transportation management. From coast to coast, dock to dock, and across all major transportation modes, Echo Global Logistics connects businesses that need to ship their products with carriers who transport goods quickly, securely and cost-effectively. 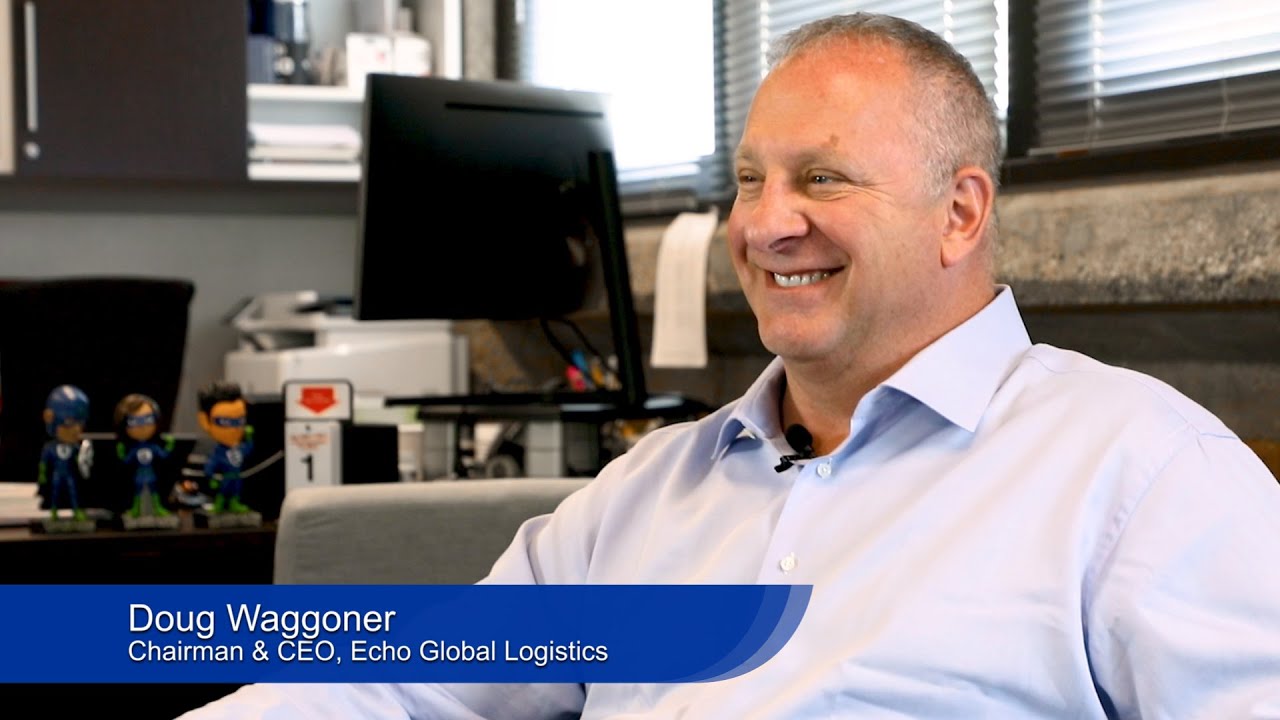 We simplify transportation management, handling crucial tasks so clients can focus on what they do best. Clients, carrier partners, and Echo team members enjoy an exceptional experience grounded in the Echo Way.

The heart of our offering is our proprietary technology—quickly adaptable, highly scalable, and uniquely easy to use for clients, partners, and vendors. Through efficiently integrated portals, we ensure better data collection and transmission, seamless communication, comprehensive reporting, and real-time visibility.

Echo has the best people in the business, building a team of energetic, enthusiastic, expert logistics professionals determined to deliver the highest quality service experience. With outstanding coverage, we help ensure your goods arrive where and when you need them, whatever the mode.

Above all, Echo values exceptional service in every client interaction. We recognize that one solution does not fit all, so we evaluate your transportation needs, discover efficiencies, and deliver the best value for your budget. Echo ensures you get the transportation management that's right for you.

Douglas R. Waggoner has served as Chief Executive Officer of Echo Global Logistics since December 2006 and was a Board member from 2008-2021. Mr. Waggoner served as Chairman of the Board from 2015 until 2021.

Prior to joining Echo, Mr. Waggoner founded SelecTrans, LLC, a freight management software provider based in Chicago, Illinois. From April 2004 to December 2005, Mr. Waggoner served as Chief Executive Officer of USF Bestway, and from January 2002 to April 2004 he served as Senior Vice President of Strategic Marketing for USF Corporation. Mr. Waggoner served as President and Chief Operating Officer of Daylight Transport from April 1999 to January 2002, Executive Vice President from October 1998 to April 1999, and Chief Information Officer from January 1998 to October 1998. From 1986 to 1998, Mr. Waggoner held a variety of positions in sales, operations, marketing and engineering at Yellow Transportation before becoming Vice President of Customer Service.

Mr. Menzel holds a bachelor's degree in accounting and a Masters of Accountancy from Florida State University and is a Certified Public Accountant.

Sean Burke has served as Chief Commercial Officer since May 2017. He joined the company as Senior Vice President of Business Development in March 2014.

Prior to Echo, Mr. Burke served in multiple senior roles at logistics firms, including Ryder Transportation Solutions, SHGL Global Logistics, and YRC Logistics. Prior to these positions, he held a variety of roles on the shipping side, serving in increasingly senior logistics and distribution roles at Hewlett-Packard, Agilent, Celarix, and Huhtamaki.

Mr. Burke holds a bachelor’s degree in Supply Chain Management and Logistics from the University of Arkansas.

Ms. Frey is a graduate of Illinois State University and holds a B.S. in Organizational Management.

Zach Jecklin has served as Chief Information Officer since December 2021. He joined the company in June 2008 and has served in various roles, most recently as SVP of Strategy. Prior to that he was VP of Finance.

Mr. Jecklin has a bachelor’s degree in finance from Northern Illinois University.

About Us | Echo Global Logistics